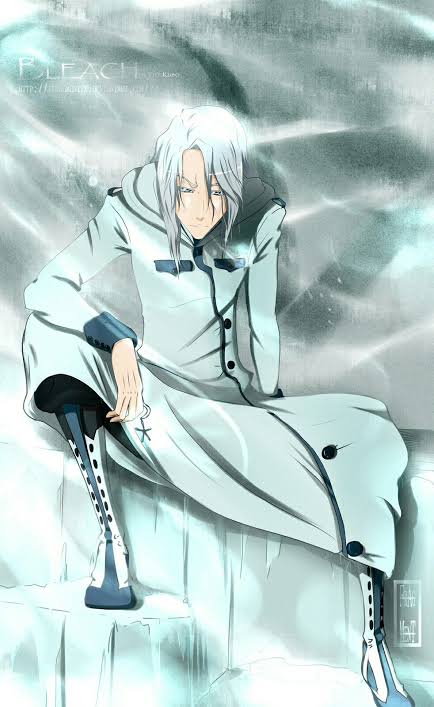 History- Gaël Ètienne lived as a calm person, after his reappearance, he develops a calm demeanor but can be very rash. He lived with his parents who died much earlier, ever since, he went into exile. But now, he's back. Back to serve the Emperor.
Personality: Despite his calm looks, he can be deadly. Very deadly

Powers & Abilities Reiatsu [ C ] As of now, I am at average level of power among experienced spiritually aware beings, and can stand against similarly powered individual with no question at all. As such, performing a notable number of low to mid-level reiatsu skills is a simple task before exhaustion takes over.

Blut Arterie [D] As of now I'm a notable step above anything that came before.While not necessarily nurtured,the blue and black lines of my arteries are now naturally visible, granting me strength beyond the natural limits of humans. I even gain enough strength to really hurt those weaker than me without even trying, while those of similar constitution would take care not to eat too many of my attacks. Throwing something like the weight of a person could be effective in combat, while my attacks can severely damage light structural materials.

Blut Vene [ D ] I've reached average durability of the souls inhabiting the Rukon districts. Still quite as capable of taking damage as an Academy graduate, but capable of taking a few blows of moderate strength before falling.

Endurance [ D ] Being well below average, I definitely need more cardio in my work out.I simply won't survive prolonged periods of time in high intensity situations but in short spurts I can definitely manage. Anything more and I'd need a moment to catch my breath, or I'm likely to faint.

Reiatsu Control [D+] Can fully control up to D+ reiatsu; completely hide up to D; partially control C; cannot control C+ or higher, unless I use a special device.
Reiatsu channeling is accurate, but lossy.
Reiatsu A+ and up: Reiatsu channeling is somewhat accurate, but lossy.
Reishi Channeling is faster, accurate, but weak
Weapon technique [D+] While still unlikely to engage in combat,I have learned all the basics and can confidently apply them with occasional variations. I have trained enough to be able to think on my foot or aim and shoot while on the move to an extent. Outside of what I have learned and practiced, I could occasionally boast of successive strikes and hitting the bulls eye a few times. However, I should still be cautious not to risk getting caught in a bad situation.

Hakuda [E+] When I execute hand-to-hand techniques, there is clear evidence of someone who knows how to throw a punch or kick with some accuracy, power and balance, and without hurting myself when it lands. While no seasoned fighter, I would know at least some fundamentals and can prove myself capable of lasting for a minute or two in a bar fight.

Hierenkyaku [ D+ ] Another sign of advancing skilled marked by my ability to not only move slightly faster than before I can now maintain my pace for a much longer period of time before becoming winded.

Return to “Chamber Of Secrets”